As The Ice Fell We Became Light 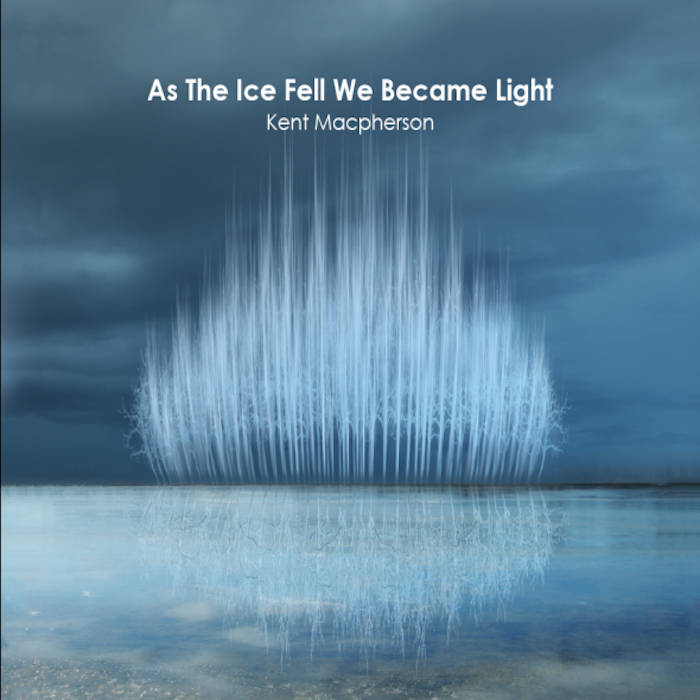 After many years as a composer and instrumentalist, I squeezed myself out of my comfort zone. I embarked upon writing a body of work primarily for piano, cello, electric guitar and my recently discovered love of field recordings.

Boldly (and perhaps foolishly), I threw myself at the mercy of the piano (an instrument I knew, but had avoided for most of my adult life). Not just any piano. A beautiful Yamaha upright, left to me by my Mum after her death, and an old British Knight pianette which I purchased at auction. Two quite different pianos. The Yamaha quite sophisticated and responsive. The Knight a little roguish and unpredictable (complete with a low G key that has a charm and character all its own).

I began to compose. Fragments, melodic snippets and chord progressions. Some were notated, some were not. The reason for this is that some ideas go straight in to the brain and stay there. Some are more esoteric and need to be written down, so that some evolution of the initial idea can be allowed to occur.

Mums piano encouraged melancholy, hope and a real sense of being human. I would sit for long periods, repeating simple ideas, just to build dexterity in my own playing for the most part. Searching and waiting for the right sentiment to surface and smack me in the face. Once it did, the idea would either be captured on my field recorder or revisited on the old Knight pianette sitting in my studio. The Knight is my ‘sonic colour’ piano. It has huge amounts of character and will respond in very interesting ways. I have removed most of its panels so an array of microphones, hydrophones and treatments can be utilized. You could say that piano is ‘Knude’.

I began to refine my process and create a body of some 20 works that were at once classical yet somewhat broken. My interest in drone music has most certainly become apparent as these works evolved.

Originally, I had scored parts for violin and cello. Finding it impossible to enlist a violinist who could commit to, and understand my intentions, I re-scored all parts for cellist Yotam Levy, who was able to interpret my ramshackle approach to structure (or lack of) and harmony in a most magical way. His ability to listen and evoke a visual narrative ensured the performances he gave were equal parts lyrical and dynamic.

Nearly two years of experimentation and refinement has resulted in the 15 works that made it to the end. Tentative, portentous, fragile and earnest. I try to make every note have a purpose, every noise a reason and every composition some kind of human experience.

With this album, for the first time, I wrote titles for each track. I chose titles that contained a certain imagery. Themes influenced by experiences, dreams, phrases my children surprised me with, and a veiled attempt at being clever with words. ‘His Spirit Floats Just Below The Surface’ relates to a sort of memorial to the late John Haugsbak, a Norwegian dairy farmer who I admired and worked for, and who took me fishing on magical Lake Aursunden. ‘Ghosts Of The Undulating Land’ is an homage to my birthplace, the lush farming lands of Hawkes Bay.

I hope you get something from listening to this. It might be a sadness, a sense of hope, a feeling of detachment. Whatever it is, I hope you can return to the album again and again, to unravel its nuances and density.


For my children
Cara and Ronan

Bandcamp Daily  your guide to the world of Bandcamp

Guest hosted by Tamar Osbourn aka Collocutor and Toshio Matsuura.